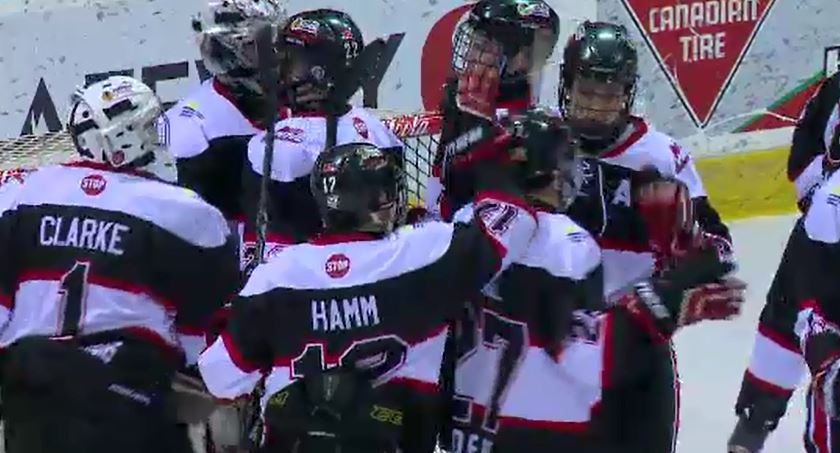 SASKATOON -- The Beardy’s Blackhawks midget AA and AAA teams, from Beardy’s & Okemasis Cree Nation, will no longer take to the ice starting next season.

Rick Gamble, chair of the Beardy’s Blackhawks AAA program, says the Saskatchewan Hockey Association (SHA) made a decision not to approve their programs. He says the team learned the news last night.

“We’ve had people from outside the community who used play with or used to work with us or had tickets or played with us - they’re not happy. They can’t believe that this is happening,” Gamble said.

On Tuesday, the SHA sent out a memorandum announcing changes for the 2020-2021 season following a review process that began three years ago.

“During the past three years, the SHA Board of Directors have undertaken an initiative to review both Female Midget and Bantam Hockey in the Province along with the Male Midget AAA/AA Hockey structure." the memorandum reads.

Gamble says the organizations had to make submissions to the SHA regarding criteria such as billeting, schooling for players and coaching.

Gamble says the league didn’t indicate they were lacking anything specific, except there were concerns about the condition of the facility which he said was maintained on a regular basis. He says the team did well on paper, finishing with a balanced budget and a surplus to start the next season.

He believes the decision to remove the team was already pre-determined and doesn’t think the league took a serious look at their submissions.

“Even as early as last spring, that there were indications coming out of meetings that they were holding in the communities that Beardy’s was on the chopping block,” Gamble said.

He adds the Blackhawks were the only AA or AAA team in Canada that’s on a First Nation. But he specifically notes he is not saying it had anything to do with racism.

“I don’t know what their rational is,” he said.

Kelly McClintock, general manager for the SHA, says the review was undertaken because demographics have changed over the last number of years in terms of where players come from.

McClintock says the SHA invited each minor hockey association to re-apply to the organization to keep their AA and AAA hockey teams. He says the applications were reviewed by the SHA, and 12 communities were awarded AAA and AA teams. An additional eight AA teams we’re also approved.

“If you were to be part of the group and you were ranking the other associations and applications, they were just better, that’s all,” McClintock said.

When asked about questions about the process, McClintock says if the locations for teams were already pre-determined, they wouldn’t have asked minor hockey associations to apply.