As investigation into Saskatoon girl's death continues, rally calls for charges to be laid

Dozens of people marched from Saskatoon Police Service (SPS) headquarters to City Hall on Thursday calling for charges to be laid against the person driving the vehicle in a crash that killed a nine-year-old girl.

“You can’t just let a little girl die and not do anything about it. That’s not right. Something has got to be done,” said Terry Sabit, grandfather of Baeleigh Emily Maurice.

On Sept. 9 Baeleigh died when she was struck by a vehicle while riding her scooter. She was on her way to Mayfair Community School. 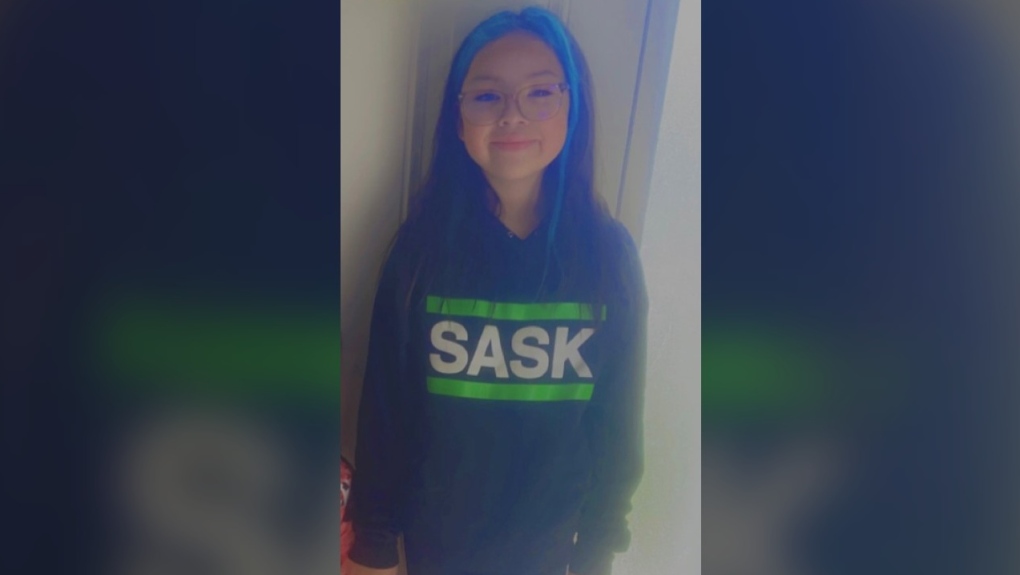 Baeleigh Emily Maurice, nine, was killed in a crash in Saskatoon on Sept. 9, 2021. (Submitted photo)

Organizers for the rally were calling on more communication between investigators and Baeleigh’s mother, Rochelle Dubois.

“Our hope was that this rally would be a reminder that communication and quick action and just compassion are so important,” said Dubois' friend Sarah Smokeday.

“Rochelle is just upset that things were taking so long.”

SPS had previously stated investigations like this take time. SPS also told CTV News it met with Dubois on Wednesday to listen to and review any concerns she may have.