'Animals will suffer': Groups ask Saskatoon not to allow snakes as pets

'Animals will suffer': Groups ask Saskatoon not to allow snakes as pets 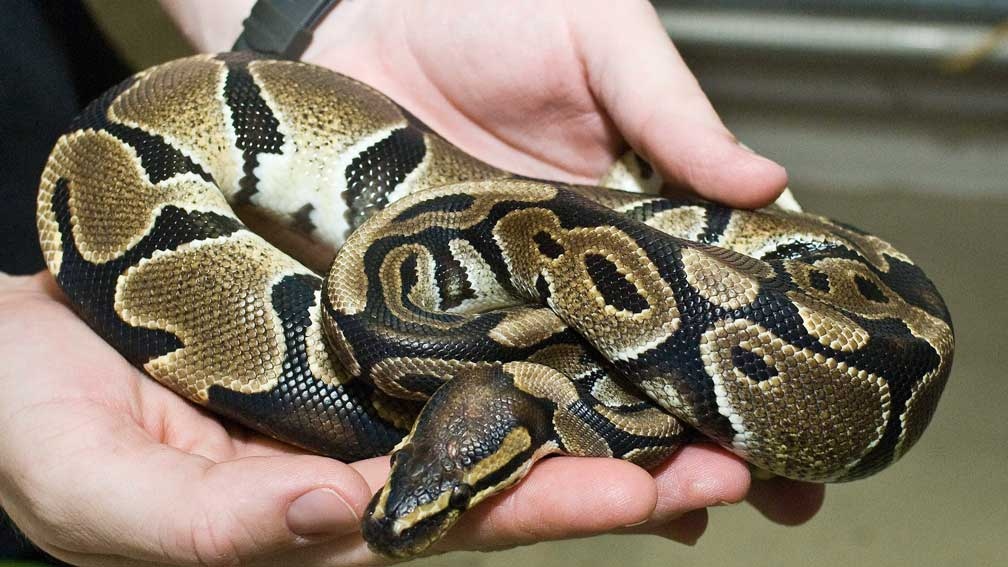 A triad of animal rights groups has asked the City of Saskatoon not to change the animal control bylaw to allow boas and pythons as house pets.

Kaitlyn Mitchell, a staff lawyer for Animal Justice said the city does not have compelling reasons to justify the move.

“The report mentions that individuals have expressed an interest in keeping these animals in their homes but it completely ignores the very real risks that the amendments pose both for animals and for human health. Though pythons and boas are fascinating animals, they are not well-suited to life in private homes,” she told CTV News in an email.

“These species have evolved over millions of years for life in their native habitats. They are highly intelligent animals who suffer when kept in aquariums and plastic containers which do not satisfy their biological and behavioural needs.”

Mitchell submitted a letter to the city on behalf of Animal Justice Canada, World Animal Protection and Zoocheck, laying out the groups' concerns.

She said the organizations were also concerned about the dangers these snakes pose to people, particularly with regard to bacterial infections.

“In light of zoonotic disease risks, the U.S. Centers for Disease Control and Prevention and the Public Health Agency of Canada recommend that households with children under five, in particular, should not have pet snakes.”

The issue stems from a 2021 review of the Animal Control bylaw and the Dangerous Animals Bylaw. According to city records, administration and the city solicitor’s office recommended the changes after feedback from the public, Animal Services Working Group, and the City of Saskatoon Bylaw Court.

“The amendments are designed to align with provincial regulations for allowed species, promote public safety, improve upon existing enforcement mechanisms, clarify and update certain ambiguous provisions all for the benefit of the general public and the courts,” city documents said.

The City based its decision on the province’s updated captive wildlife allowed species list, which was updated in June 2021, according to city documents.

“The Province engaged with an expert panel and stakeholder groups on revisions to The Captive Wildlife Regulations, 2021, in order to modernize various aspects of the legislation including the list of species that can be held without licensing and the licensing requirements for people or facilities to hold restricted wildlife in captivity,” the city said.

Following this move by the province, the city says they received calls and inquiries from people requesting they change their regulations.

However, some residents have expressed their opposition to the move.

“These animals suffer tremendously in confined spaces both physically and psychologically. Many die in transport or in their first year of becoming a pet,” Jill White wrote in a letter to the city.

“They are not here for our exploitation or entertainment. Do the right thing, the compassionate thing and vote no on this amendment.”

Dale Pickett also expressed concerns over boas and pythons being kept as pets.

“These wild animals have incredibly complex needs, they would suffer physically and psychologically in captivity,” Dale wrote. “I urge City Council to not be influenced by pet reptile keepers, nor the exotic pet industry. Wildlife should not be allowed as pets. Say NO to the proposed amendment!”

Lindsay Pickett was also concerned about changes to the bylaw.

“I understand that they can actually suffer physical and psychological trauma from being kept captive in such surroundings. I urge you to vote against any attempt to allow such changes to any existing bylaw(s) that would prevent this,” Lindsay wrote.

Mitchell said that other municipalities have faced similar decisions.

“Most recently, the exotic pet industry successfully lobbied to shut down a review of Winnipeg's Responsible Pet Ownership Bylaw that would have strengthened oversight of exotic animal ownership. While the outcome in Winnipeg was incredibly disappointing, it is important to note that Canadians are increasingly concerned about the health and well-being of animals and polling shows that 67 per cent of Winnipeggers are opposed to capturing, breeding and trading wild animals for the exotic pet industry,” she said.

“Saskatoon City Council has heard from a small but vocal group of residents who want to keep pythons and boas as pets but those individuals are not representative of all Saskatoon residents.”

She said the issue was one about the suitability of the snakes to be in private homes.

“Unfortunately, the boas and pythons that Saskatoon is considering allowing in the city are not well-suited to life as pets. I want to be clear: animals will suffer if these amendments are approved.”