'All you need is some shovels': Artist helps plant Indigenous food source in Saskatoon

The idea came to Wesaquate when he was thinking about how to help Indigenous youth in the city and was reminded of his childhood, growing up on Piapot First Nation with Nokom and Mosom (grandma and grandpa in Cree) and picking berries during the summer months.

“For me, it was a positive experience. The kinship and bonds that were created as family were always there for us. We were learning to harvest these berries and we were also put to work in the yard and there was never a dull day. 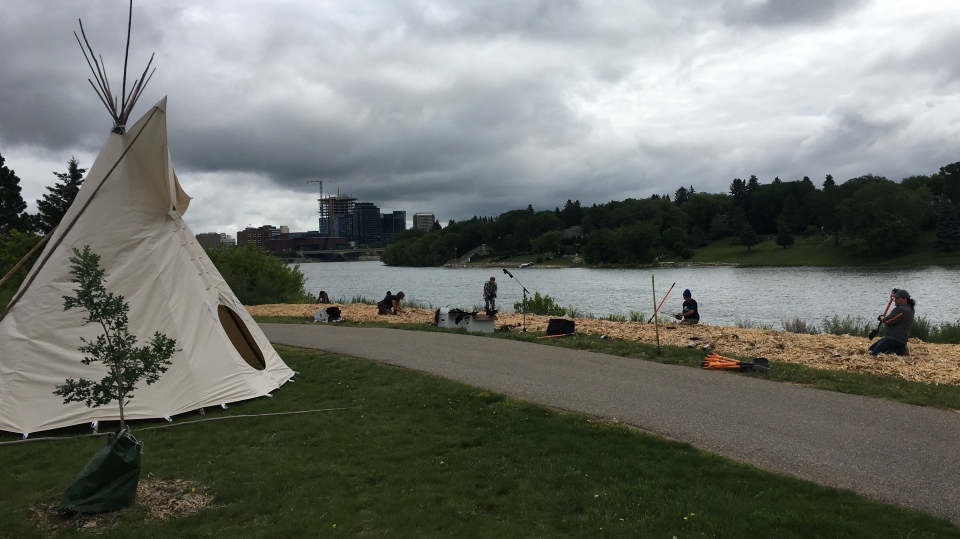 “A lot of kids today are missing out on these aspects of growing up with the land. I wanted to provide that experience for the youth to harvest berries. All you need is some shovels.”

Partnerships between the AKA-Artist Run’s Locals Only Arts Collective, the Meewasin Valley Authority and the City of Saskatoon helped make the planting possible.

“When we talk about reconciliation, we really have to acknowledge that land is a part of that and access to land and traditional foods are really important. I really wanted to support the project. I don’t know how many bushes I planted but we just kept working and visiting together all day, it was very beautiful.”

Wesaquate also wanted to plant the berries because of the historical significance. For centuries, Indigenous people would harvest Saskatoon berries and choke cherries and mix it with buffalo meat, creating pemmican - a traditional food that was able to last for a long time and was used by Indigenous hunters.

“The harvesting of berries would go hand and hand with other traditional plants and medicines. They would mash it all together and create pemmican. It was basically our protein bar, if you will, and it would last for travelling or emergency food store. We have to find ways to keep these teachings alive,” said Wesaquate. 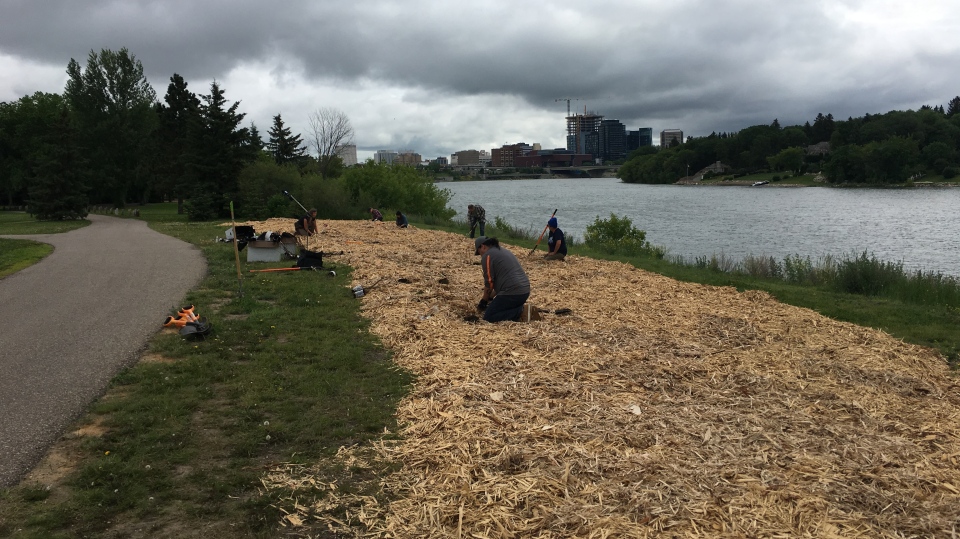 “We hope for the best, I think 50 of the plants survived.”

Once the bushes grow and flourish, Wesaquate says Saskatoon residents will have a new berry picking spot.

“We’re trying to introduce some Indigenous plants to Saskatoon to promote a healthy future. I wanted to empower Indigenous youth with an Indigenous food source,” said Wesaquate.