SASKATOON -- An empty home in the city's upscale Briarwood neighbourhood that came dangerously close to being on the receiving end of a city demolition crew last year may finally be safe.

The home, located in the 100 block of Beechdale Crescent, had been vacant for several years, with some neighbours pitching in to care for the deserted property, even taking turns mowing the lawn.

After a water leak led to runaway mould growth in the home and a resulting "foul aroma" outside it, the house was slated for demolition by the city after a search for its owner initially proved fruitless. At the time, the home was estimated to be worth $500,000.

With demolition equipment perched on its front lawn, a Saskatoon lawyer representing the home's owner Liu Yu - who was residing in China at the time - mounted a court challenge. 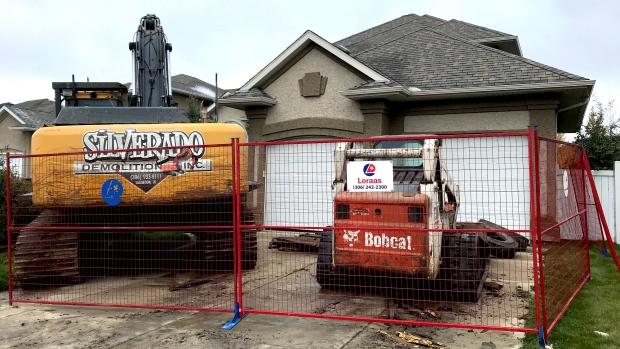 Yu had learned of the looming demolition from a relative after the story, first broke by CTV News, gained international attention.

While the Court of Queen's Bench justice presiding over the matter dismissed an application for an injunction to stop the demolition, he did urge the city, Yu and the property's mortgage holder, Scotiabank, to come to an understanding.

"In my view, the demolition of the home without such a determination would be very unfortunate," Justice Richard Elson said.

Now it appears that understanding may have been reached.

While the home had a notice warning of its impending demolition stuck on its door last fall, a building permit issued by the City of Saskatoon on March 12 is now hanging in its place. 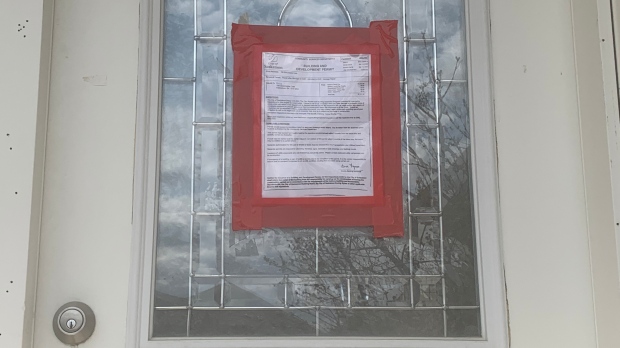 "To date, a professional engineer licensed to practice in the province of Saskatchewan reviewed the property and prepared a remediation plan to address the water and mould damage within the building," Kara Fagnou, the city's director of building standards, said in an emailed statement to CTV News.

Fagnou said the permit was approved based on the engineer's recommendations and that regular inspections will take place as work progresses.

One neighbour CTV News spoke with on Wednesday, who did not wish to be named, said the city's original approach to the matter was "perplexing" because it would have left an empty lot sitting in the neighbourhood.

While the Briarwood home's fortunes may be on the rise, it's not completely out of the woods yet.

The city's permit also specifies that it "may expire if work authorized is not commenced within 6 months from the issue date and actively carried out thereafter."