After 29 suspicious fires in under a month, Saskatoon police to devote more resources to area where they happened

SASKATOON -- After 29 suspicious fires involving garbage bins, dumpsters, sheds, garages and — on five occasions — houses, Saskatoon Police Service (SPS) is stepping up its response in the area where they happened.

The fires have all been reported within the boundaries of the SPS Central Divison, over the past two and a half weeks, police said in a news release.

In response to the fires, which are under investigation, police will dedicate more resources to the area, SPS said in the release.

According to a map released by police, a majority of the suspicious fires have been concentrated in the city's Pleasant Hill neighbourhood. 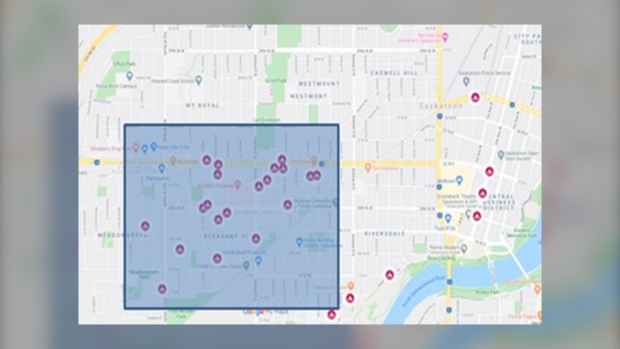 Of the 29 suspicious fires, 19 involved garbage bins or dumpsters, five involved houses, and five involved detached  garages  or sheds, according to police.

At this time, police believe that different people may be responsible for starting the fires.