SASKATOON -- A man on trial for murder admitted to killing a Saskatoon father, according to an agreed statement of facts.

The document details facts that both the Crown and defence agree upon.

Dallin Singharath is charged with second-degree murder in connection with Tyler Applegate’s death.

The 27-year-old father was shot at his 33rd Street West home on July 22, 2017, following an argument with a man who was urinating on his fence.

He died in hospital weeks later.

“Dallin Singharath fired the firearm which shot and subsequently killed Tyler Applegate,” reads the agreed statement of facts, which was presented as an exhibit in court on Thursday morning.

“The firearm used to shoot Tyler Applegate was a sawed-off and modified .22 calibre rifle.”

The gun was presented as evidence during Singharath’s trial. 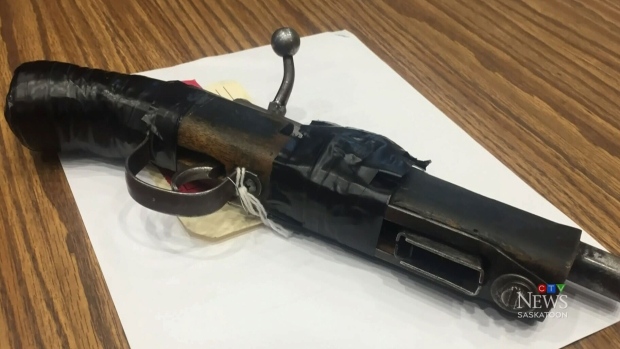 On Wednesday, a witness, whose identity is protected under a publication ban, testified they saw Singharath fire the gun with his arm fully extended.

The witness testified they believed the shooting was “accidental.”

Singharath has pleaded not guilty to the second-degree murder charge.

The accused was in a stolen Nissan Titan truck before and after the shooting, according to the agreed statement of facts.

Using a digital trigger gauge, Wise found it takes about five pounds of force needed to fire the rifle.

Wise described the gun as “gritty.” He estimated the firearm was a couple of decades old.

The judge-alone trial is scheduled to continue next week.