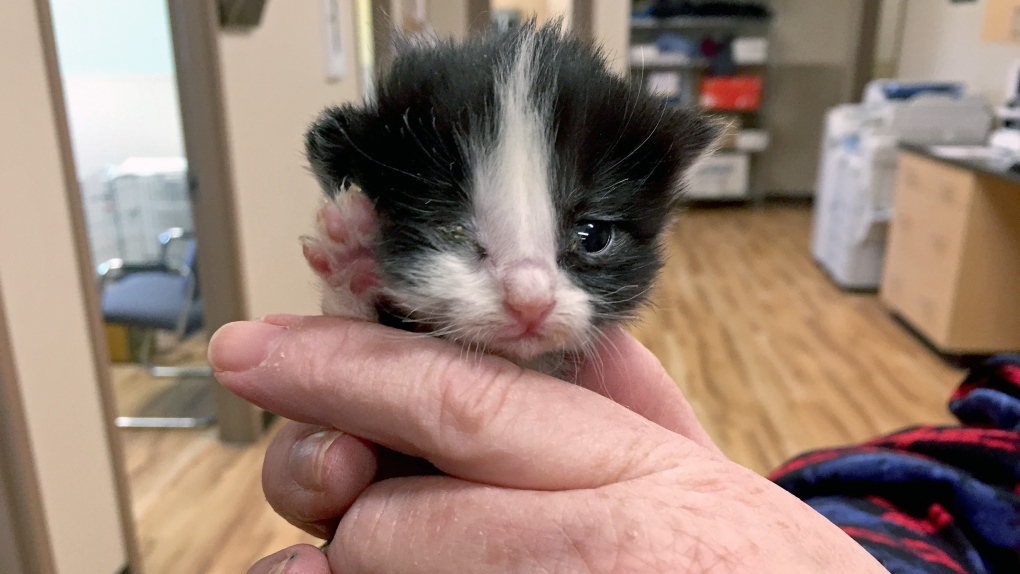 This kitten, named Bernie, was one of a litter of five abused kittens rescued in May. Four of the five were taken in by the Prince Albert SPCA. The shelter said June 21 the four had to be put down after feline leukemia diagnoses. (Rachelle Elsiufi/CTV Saskatoon)

Four abused kittens taken in by the Prince Albert SPCA last month have been put down.

The shelter says the kittens, some of which were set on fire and all of which were witnessed being tossed several feet into the air before they were rescued, were recently diagnosed with feline leukemia. The diagnoses, in addition to the trauma, were too much for the animals’ immune systems to handle.

The SPCA first posted on Facebook about the kittens last month, stating a person came upon a group of people who had five newborn kittens and who were throwing the animals two or three feet into the air.

The witness managed to convince the group to hand over one of the kittens before bringing the animal to the SPCA.

A second kitten was dropped off later the same day at the shelter and the search continued for the three other kittens.

Two of the three were surrendered to the animal rescue—these ones badly injured—later in the night. The shelter said they had been set on fire.

The fifth kitten was taken to a different shelter. Its condition is not yet known.

The kittens were about a week and a half old at the time of the witnessed abuse.