A planned highrise between two Saskatoon churches is supported by one of them. The other, not so much.

SASKATOON -- A downtown apartment development proposed on a stretch of pavement between two Saskatoon churches is heading to city council in the new year.

On Tuesday, the city’s standing policy committee on planning, development and community services recommended a 19-storey apartment project by Meridian Development Corp.,head to a public hearing at city council in January, where city councilors and the mayor can hear from all affected parties and stakeholders about the project.

Knox United Church is seeking to subdivide its land to make way for the development, but heritage organizations in the city believe the new condo highrise will have detrimental effects on the character of the area.

In a letter to city administration, Peggy Sarjeant, with Saskatoon Heritage Society said the heritage society is deeply concerned about this project, noting the development, as proposed, would overwhelm and partially obscure the Knox United Church, diminishing its status as a cultural landmark and reducing its significance. 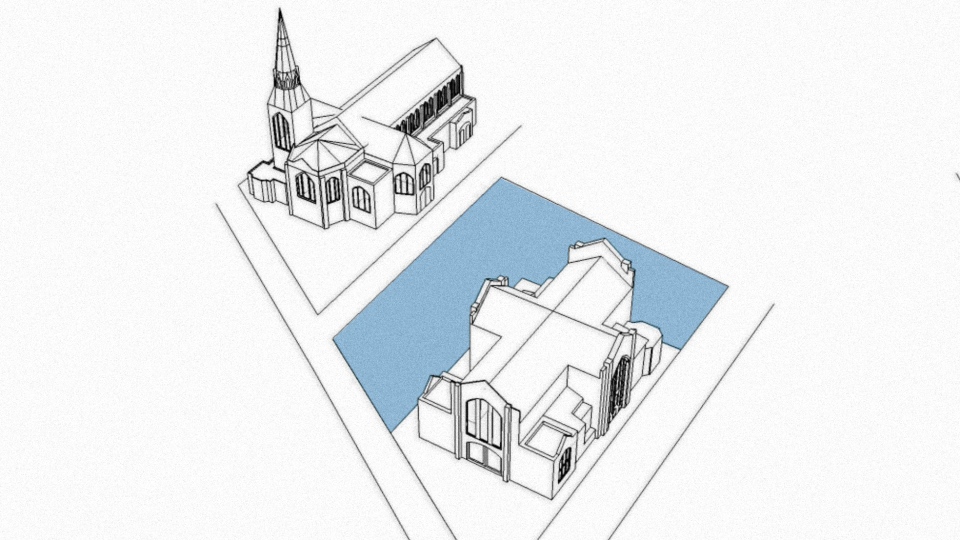 “The site for Meridian’s proposed development is one of the most sensitive sites in the city, not only for its relationship to two valued heritage properties, but also for its impact on a much-loved streetscape,” Sarjeant wrote in her letter.

In a letter form Knox United Church board chair-elect Paul Denham, he writes that with shrinking church membership, budget deficits and dwindling financial resources, subdividing the land for development is one way of shoring up finances.

Denham writes: “Our arrangement with Meridian will provide us with permanent ownership of 40 parking stalls that should significantly increase our parking revenue.”

Denham added the parking lot slated for development does not fall under the heritage designation for the Knox United Church and therefore is not protected under the designation.

But in another letter from Knox United Church member and past board member Ross Hinther, he said with the proposed development, the 40 parking stalls would not be available for concerts, weddings and church services at Knox United, and the church would receive less parking revenue and incur additional costs with pedestrian access, and parkade driveway access. 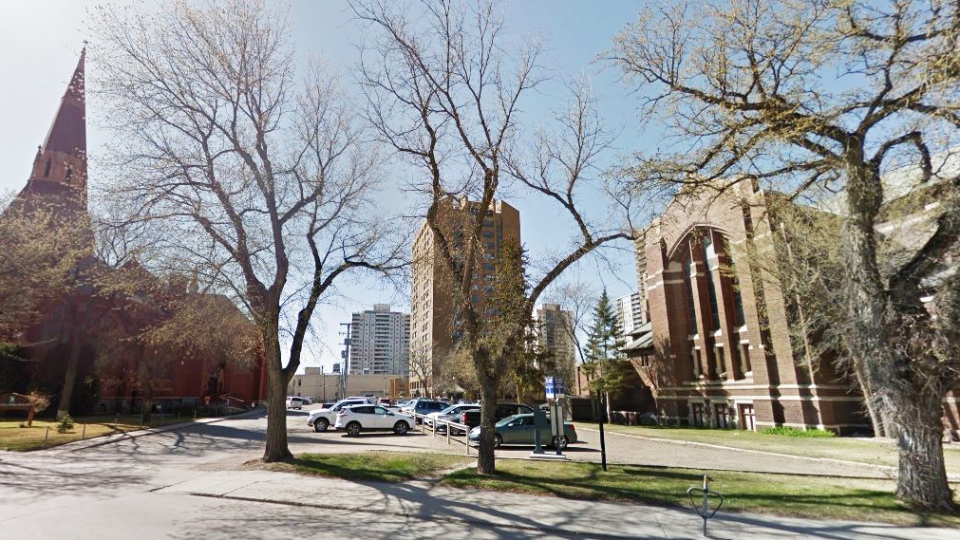 “The beauty of the sunlight shining through Knox’s south stained glass windows will be lost. The scenic view of the St. John’s Cathedral Spire always being visible as you cross the University Bridge to downtown will also be lost,” Hinther wrote. “Let us preserve the historic appearance and beautiful setting of both these Churches which is an integral part of Saskatoon’s reputation as the Paris of the Prairies.”

“The proposed development is expected to have a deleterious effect on both,” he said.

Brent Penner with the downtown Business Improvement District spoke in favour of the project noting the opportunity for individuals to live downtown close to work and other amenities.