SASKATOON -- May 18 has been declared “Fred Sasakamoose Day” by the province and City of Saskatoon to celebrate the Indigenous hockey trailblazer.

He was honoured during a three-part virtual ceremony at SaskTel Centre.

Family members, Mayor Charlie Clark and Indigenous chiefs were present to honour Sasakamoose with speeches, gifts and by sharing fond memories of him.

He’s known as one of the first Indigenous NHL hockey players and later became involved in Indigenous politics. He died after being infected with COVID-19 in November.

The ceremony also celebrated the release of his book “Call Me Indian” which lays out the legacy of Sasakamoose’s life in his own words.

He was a residential school survivor and dedicated his time to improve the lives of Indigenous people across the province.

MLA Ken Cheveldayoff who spoke during the ceremony called him a “hero of our province.”

“Fred Sasakatmoose broke barriers in a world of professional sports in 1953. I even have his hockey card,” he said.

The Federation of Sovereign Indigenous Nations (FSIN) also honoured Sasakamoose and his memory.

“His accomplishments went far beyond his NHL career; he was a mentor and role model for so many of our First Nations youth following in his footsteps,”the  FSIN said in a Tuesday morning news release. 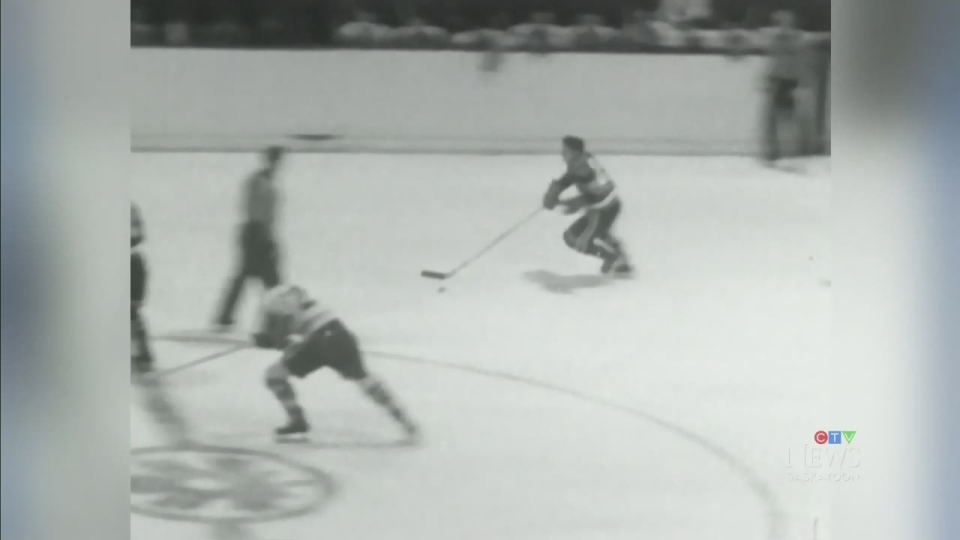 He was known for his involvement in developing sports programs for Indigenous children. Something, Vice Chief Lawrence McIntyre of Meadow Lake Tribal Council remembers.

A bronze statue of Sasakamoose will be placed in front of SaskTel Centre in 5 months so he can be permanently remembered.