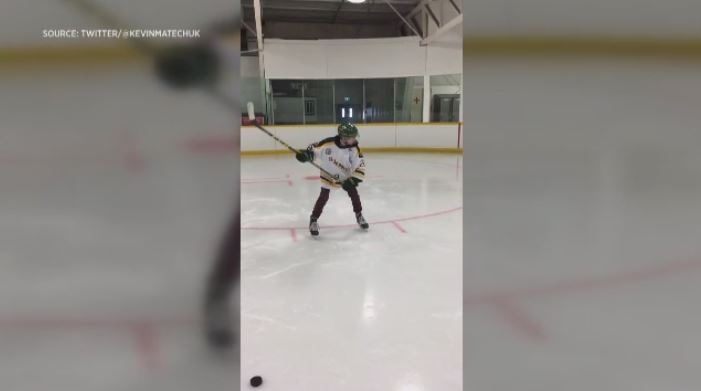 One of the survivors of the Humboldt Broncos bus crash returned to the ice on Tuesday.

After 9 months @LayneMatechuk returned to the rink to skate for the first time since the accident. Thank you Greg Slobosian for helping Layne. Could not be more proud of Layne! #Believe pic.twitter.com/iD8gADwvXa

“Could not be more proud of Layne!” the tweet said.

The crash killed 16 people, including 10 players. Thirteen other players were injured.