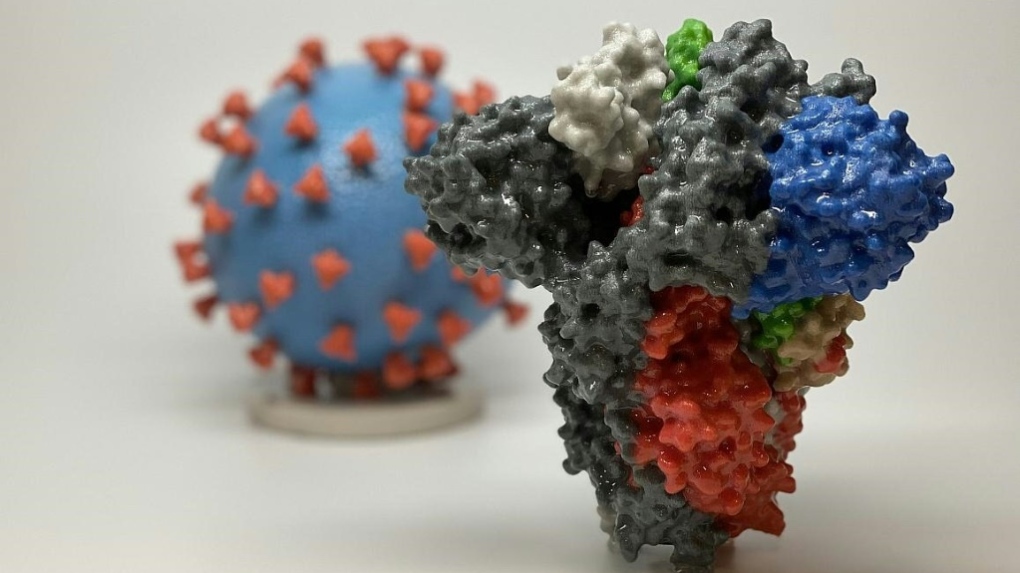 One mutation, known as E484K, which emerged initially in South Africa and has also been discovered in Brazil and Japan, has raised alarm among researchers. (AFP)

SASKATOON -- The provincial and federal governments could be spending millions of dollars to build a world-class pandemic research centre in Saskatoon. Meanwhile, the same lab is working on a COVID-19 vaccine – which has moved to human trials. Here’s where things stand:

The Vaccine and Infectious Disease Organization and International Vaccine Centre (VIDO-InterVac) on the University of Saskatchewan campus.

What is the idea?

It would be a Level 4 containment lab with the ability to work with all human and animal pathogens. It could also handle a wide range of animals and exotic species - including bats, reptiles and insects from which pathogens such as the novel coronavirus jump to humans.

Why is it needed?

VIDO-InterVac says a quick response is critical when dealing with significant infectious diseases and a national centre could prepare Canada for future diseases.

The proposed pandemic research centre would effectively double Canada's capacity for researchers to handle hazardous contagions such as Ebola.

The only other Level 4 lab in Canada is located at the National Microbiology Laboratory in Winnipeg.

How much would it cost?

The total price tag is pegged at $66 million. VIDO-InterVac has asked the federal government for $45 million. The Saskatchewan government has pledged another $15 million if the federal cash comes through.

The City of Saskatoon has been asked for $250,000 - a city committee has greenlit the ask but it hasn’t been approved by the full City Council.

VIDO-InterVac and private donors are also contributing. A VIDO-InterVac spokesperson says a timeline won’t be known until they know if all the money is committed.

What about the VIDO-InterVac vaccine?

108 volunteers have been selected to participate in a placebo-controlled study at the Canadian Center for Vaccinology in Halifax. The lab's COVAC-2 candidate is a "subunit" vaccine that relies on purified viral proteins and would not require the ultra-cold storage of the mRNA-based Pfizer BioNTech vaccine.

It could be available to the public later this year.