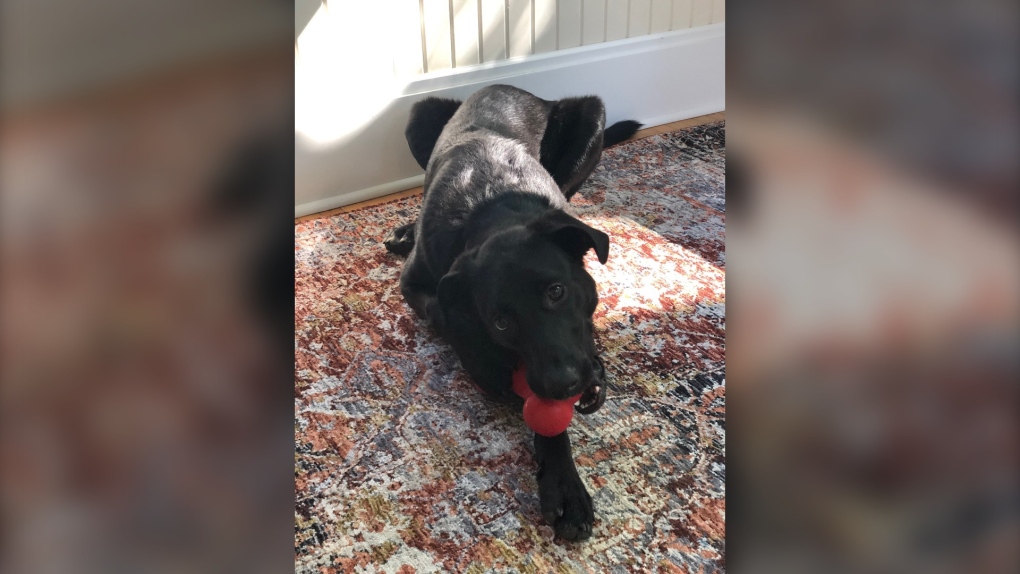 Lucy is doing fine after a painful encounter with a porcupine. (Submitted photo)

SASKATOON -- Iris Nicholaichuk wants other dog owners to be aware of the danger porcupines can pose at Saskatoon dog parks.

“It was something that hadn’t really occurred to me, that we could have such an encounter. And in all my dogs I’ve never had a porcupine encounter,” she told CTV News.

She and her daily group of fellow dog-walkers arrived at Avalon Dog Park around 6 a.m. Sunday and let loose their hounds.

About 20 minutes later, as they crested a hill, the three owners realized their dogs weren’t playing on the other side like they normally are.

“We backtracked and we went to an area of the park where we seldom go. It’s the far west end, in really dense bush, and sort of a swamp in the spring. Eventually we heard the yelping of one of them,” Nicholaichuk said.

The owners started bushwhacking their way through the thorns, thistles and trees until they found their four dogs engaging a porcupine that was either stuck, stranded or sheltered under a fallen tree, she said.

All four had faces full of quills. Some had quills in their paws. They took the dogs to the Small Animal Clinic at the Western College of Veterinary Medicine.

Two other dogs from another group also encountered the porcupine, with one dog also having to go to the vet college to have quills removed, she said.

Nicholaichuk’s own dog, Lucy, an 18-month-old black lab-border collie who she adopted from the SPCA, ended up having about 20 quills removed. The other dogs had more.

Lucy was doing fine and back to normal on Monday.

Nicholaichuk said quills can become embedded in the dog and migrate in the body. The vet who treated Lucy said she had seen a surgery to extract a quill from a dog’s lung, Nicholaichuk said.

According to the city’s website, dog parks are naturalized areas that share the space with wildlife such as coyotes, foxes, porcupines, muskrats, beavers and deer.

“If encountered, treat wild animals with respect and avoid approaching too closely. Please ensure that your dog is always within eyesight and under your control when enjoying the Dog Parks,” the city says.