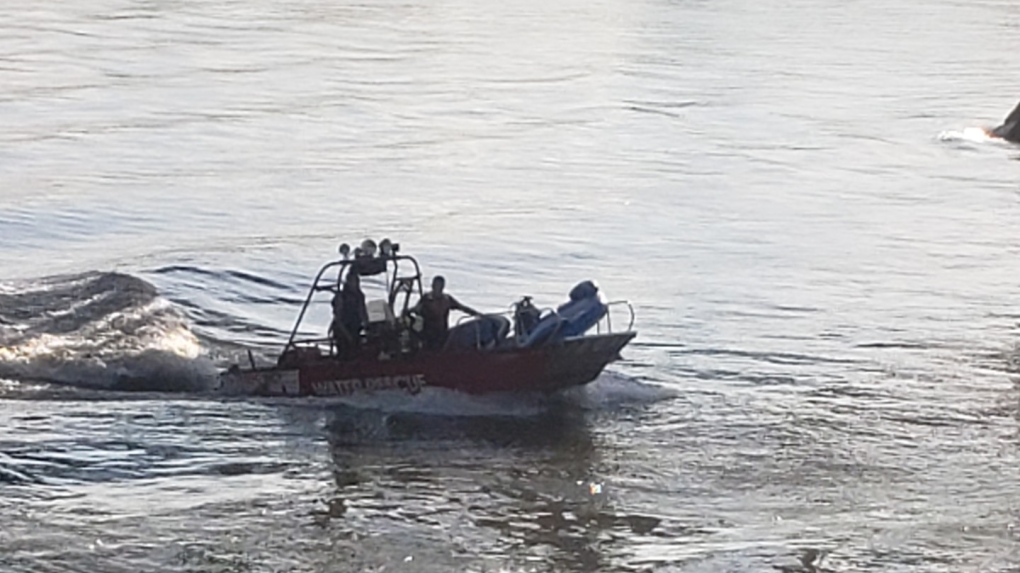 Around 6:30 p.m., crews responded to the river near the Gordie Howe Bridge and the Queen Elizabeth Power Station after a 911 call of people in distress.

Both water rescue units deployed onto the river from an emergency boat launch, according to a news release.

Four females on two inflatables were in distress and trapped against a concrete structure in the river; one of them was in the water and unable to support herself.

None of the four were wearing personal flotation devices or lifejackets when rescued, the fire department says.

The patients were medically assessed and transported by boat to the docks at the Saskatoon Canoe Club before being further evaluated by ground ambulance and released on-scene.

All four were experiencing conditions consistent with fatigue and panic but were otherwise uninjured, the department says.

The incident occurred due to high water levels, increased flow rates and a lack of preparation and experience by the river users, according to the release.

Rapidly increasing flow rates and rising water levels have made recreational uses of the river unsafe, the department says.