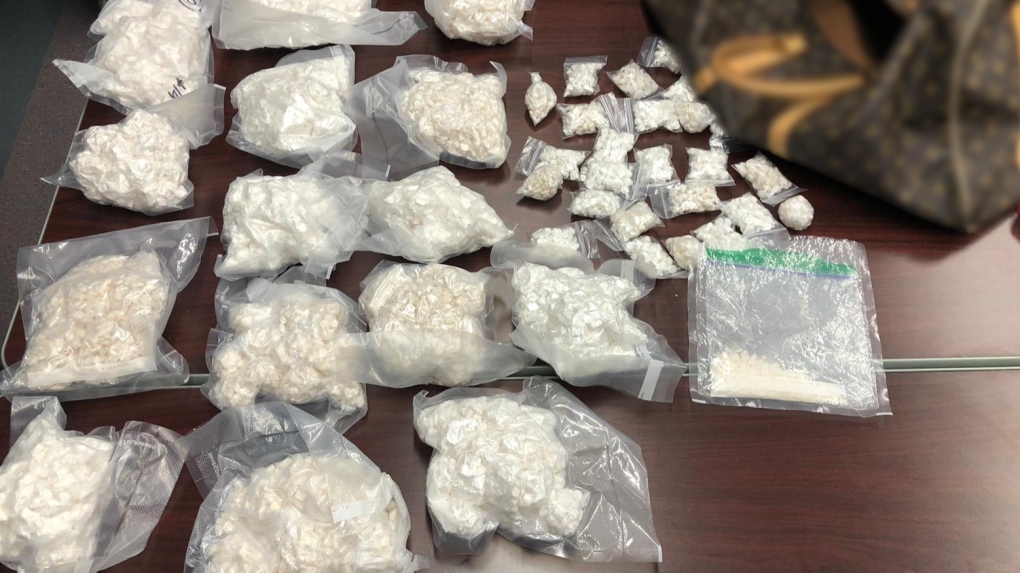 RCMP say these items were seized in North Battleford. (RCMP)

SASKATOON -- RCMP in North Battleford have made a significant drug and weapons seizure after searching two homes in the city.

The RCMP emergency response team along with members of several other specialized units entered the house where several items were allegedly seized including a gun, ammunition, crystal meth, cash, brass knuckles and a knife.

Two men and a woman were charged in relation to that bust.

The second search warrant was executed on Scott Drive a couple hours later where almost 10 pounds of prepackaged cocaine was allegedly seized, along with marijuana, a gun, two loaded magazines and $25,000 cash.

Two people were charged in connection to that seizure.