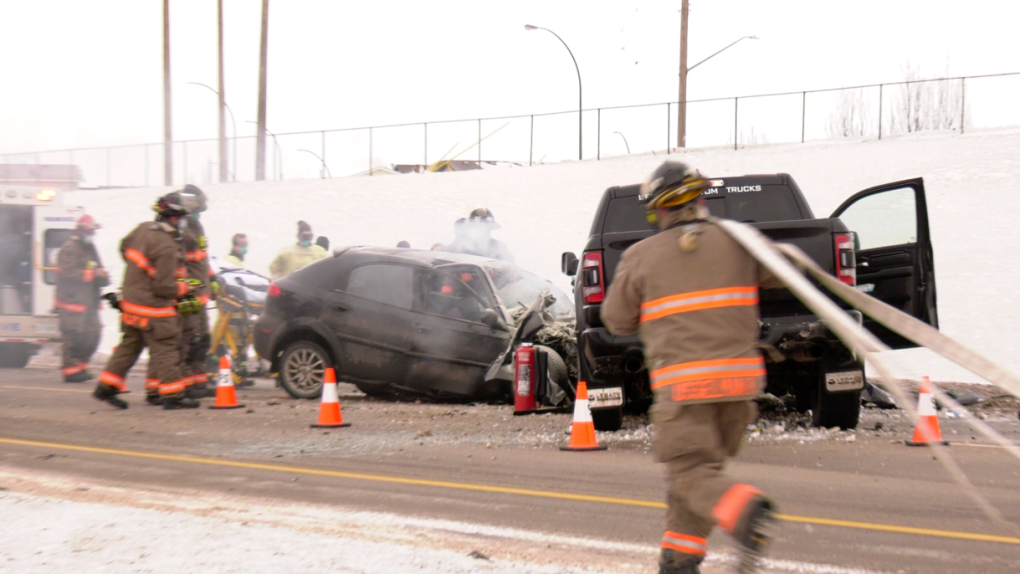 Saskatoon Police said it happened around 1:30 p.m. on Circle Drive North between College and Attridge Drives.

A car and a truck collided head-on in the northbound lanes.

The woman who was driving the southbound vehicle was pronounced dead on scene, according to police.

The cause of the collision remains under investigation.

Police said emergency crews have cleared the scene and traffic is back to normal in the area.

Drivers were asked to avoid the area for most of the day.

Police are responding to a serious collision in the NB lanes of Circle Dr between College & Attridge. Traffic restrictions are in place: NB traffic is being diverted onto College, and SB traffic is reduced to one lane.

Motorists are asked to avoid the area. #yxetraffic