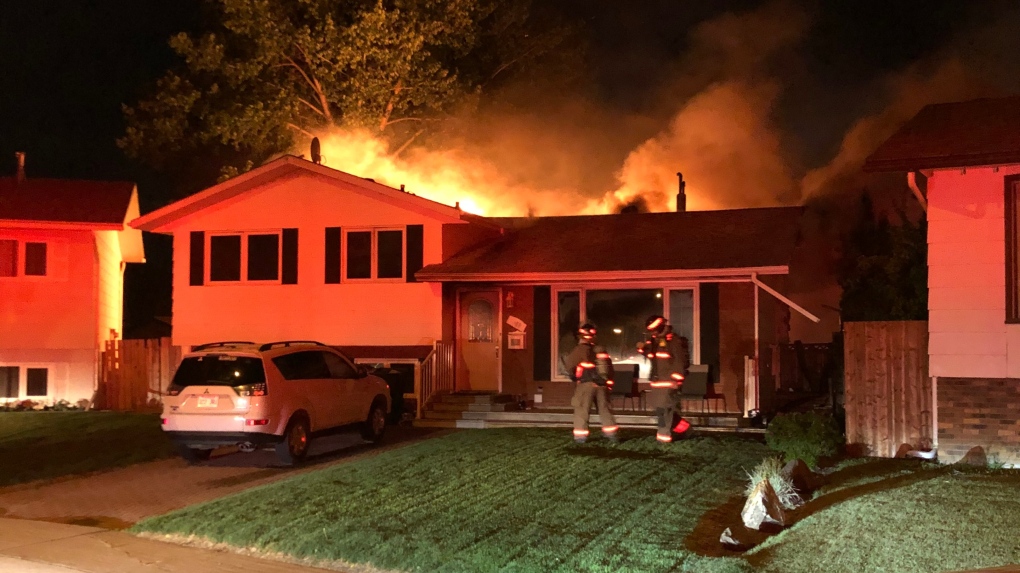 Crews were called to the 300 block of Johnson Crescent around 1:11 a.m. (Saskatoon Fire Department)

Crews were called to the 300 block of Johnson Crescent around 1:11 a.m.

A garage fire had started to spread to the rear of the house.

“Firefighters protected surrounding exposures, battling high heat conditions and a compromised structural integrity before bringing the fire under control at around 3:00 a.m.; hot spots were extinguished into the early hours of the morning,” according to a news release.

Firefighters found the dogs while searching the structure.

The occupants of the home were not there at the time of the fire.

The house and garage are considered a total loss.