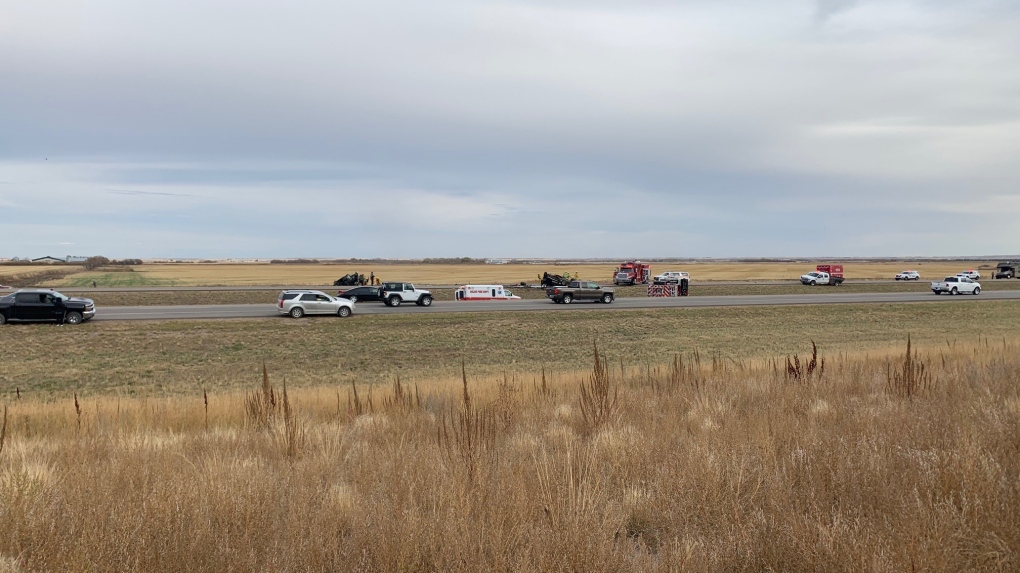 SASKATOON -- An investigation is underway into a three-vehicle crash near Osler that left two people dead and two others injured.

On Thursday around 3:42 p.m., Saskatchewan RCMP received a report of a driver who was observed driving through a ditch and knocking over signs just north of Osler along Highway 11, according to a news release.

Three minutes later, a second report was received of a crash about two kilometres south of the Osler turnoff on Highway 11.

Officers arrived on scene and located a black truck, a tan truck and a black SUV involved in the crash.

The 79-year-old male driver of the black truck, who was the lone occupant, was found dead. The black truck was the subject of the first report.

The 56-year-old male driver of the black SUV was also found dead. The 22-year-old male passenger was transported to hospital with undetermined injuries.

The 70-year-old male driver of the tan truck, who was the lone occupant, was also taken to hospital with undetermined injuries.