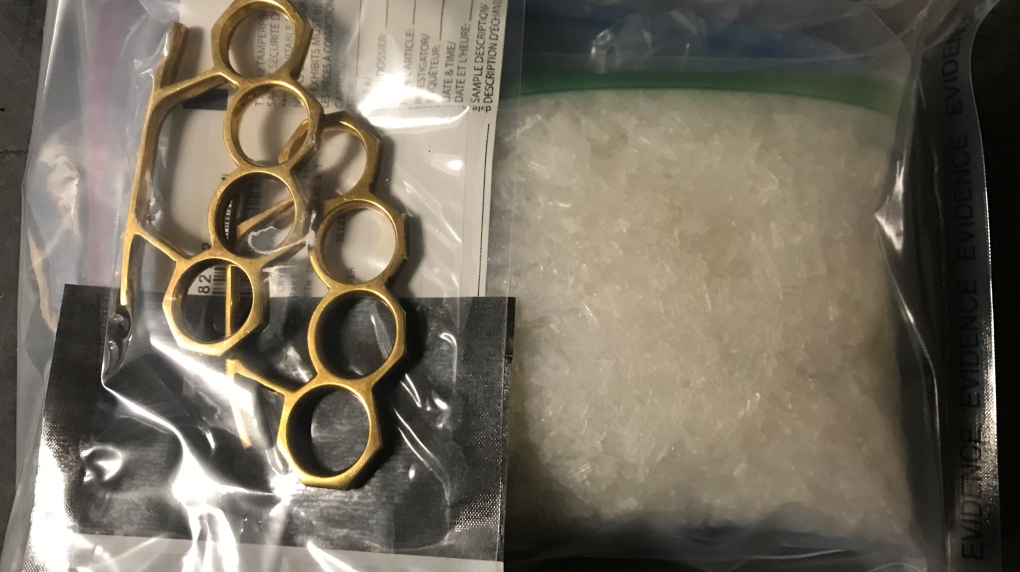 Officers executed a search warrant on a vehicle in the 500 Block of 15th St. East Thursday evening, according to a Prince Albert Police Service news release.

One man was arrested at the scene following a brief foot chase. Officers located various amounts of packaged methamphetamine inside the vehicle totalling 2.7 pounds, along with score sheets, a cell phone and a small quantity of cash, police say.

Police later executed another search warrant at a home in the 500 block of 26th Street East and found the gun, ammunition, a scale and other drug paraphernalia, the release said.

The total value of the methamphetamine police say was seized in the search is estimated to be $100,000.